The clearance of wildwood in the Cuckmere Valley has been ongoing since the arrival of the earliest settlers, accelerating as more cultivated land was needed to support an increasing population. However, until a few centuries ago many ancient woodlands in Sussex had been managed under a coppice system in which trees – typically oak, hazel, ash, willow, field maple and sweet chestnut – are regularly felled to near ground level so that shoots (or ‘spring wood’) regrow from the stump (or ‘stool’). Depending on the species, these shoots are then cut on a seven to fifty-year cycle providing a source of fast-growing, accessible, malleable, multi-purpose timber. Traditionally, the Lord of the manor could claim any timber that was over the width of a man’s shoulders at shoulder height. Anything narrower than this could be claimed by the commoners. Archaeologists have traced the practice of coppicing in the UK back to the Neolithic. From the Iron Age to the eighteenth century, Sussex’s famous iron industry depended on coppice. Far from eradicating woodland – as is often believed – iron masters who required constant and accessible supplies of charcoal and wood fuel actually preserved them. This protection was lost with the advent of the coal industry in the nineteenth century and the invention of plastics in the twentieth century. Coal replaced wood for metal smelting and cheap plastic alternatives were used in place of the many goods made from coppiced wood such as baskets. However, the last bastions of commercial coppice crop in England are sweet chestnut trees grown in parts of Sussex and Kent to make fencing. 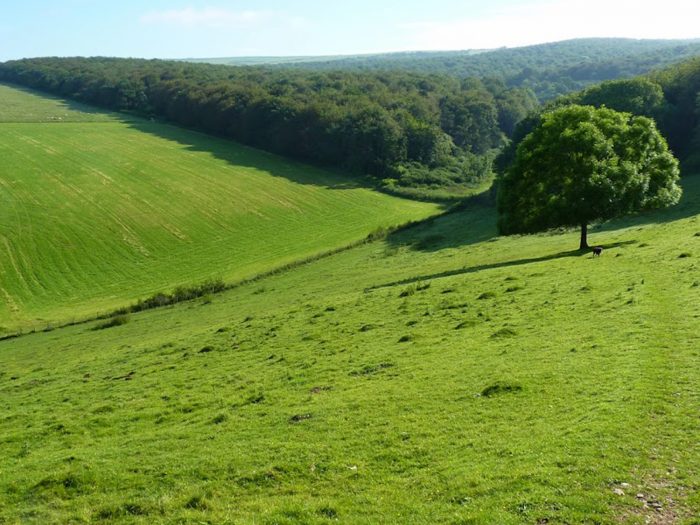 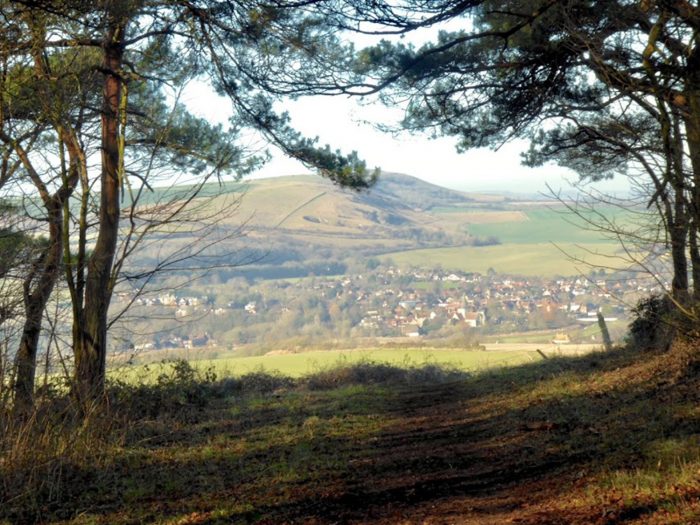 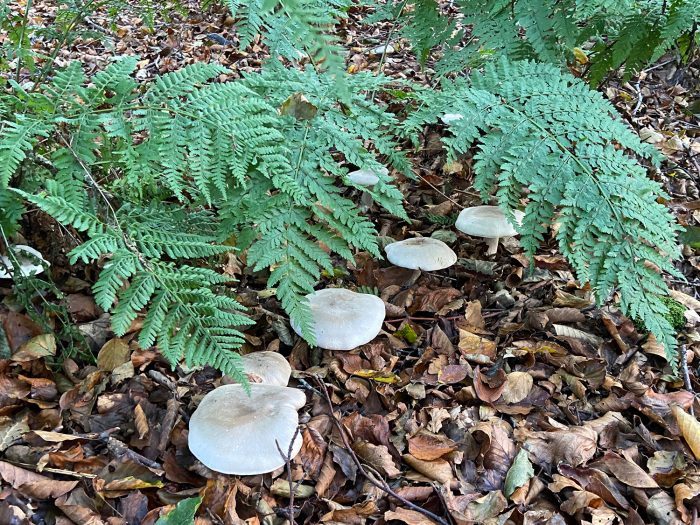 About 200 years ago plantation forestry became popular, especially on large country estates. Traditionally, building timber was made from naturally-shaped wood harvested from open-structured woodland, itself promoted under a coppicing system Before the advent of mechanical sawing the cutting of planks was a difficult and unpleasant job. The under-dog was the man beneath the hand-drawn saw in the saw pit, hence the phrase ‘the pits.’ Tall, straight plantation trees became more desired once mechanical planking was possible and buildings could be made from straight planks joined together. Thus open-structured woodland fell into serious decline with a fall in demand for coppice products and a surge in demand for close-grown, straight trunks. Added to this was the exclusion of grazing stock from plantation woodland. As the economic value of such estates was recognised, commercial organisations began to plant extensive tracts of former downland in Sussex. In 1908, the newly founded Eastbourne Waterworks Company (later South East Water) bought the downland on which Friston Forest now stands and created adits beneath the valley to collect water for the new development of Eastbourne. Planting of the Forest to protect Eastbourne’s water supply was started in 1926 by the Forestry Commission who leased it from Eastbourne Waterworks Company on a 200-year lease. The intention was to establish a beech forest with conifers as protection. The conifers, which grow much faster than the harder beechwood, were successively cut down and sold for pulp as the beech flourished. The Forest is now almost pure beech with patches of pine and sycamore. By the middle of this century, the Forest is expected to be one of the largest beech woodlands in the country, covering some 1,500 acres and containing over four million trees. However, with its shallow root system, beech is one of the trees predicted to be most vulnerable to rising temperatures in an age of climate change. In order for the forest to continue providing a habitat for birds, butterflies, rare plant life, wildflowers, orchids and many types of fungi, it is important that open spaces are maintained. Very little wildlife thrives within a mature beech woodland. South East Water now manage and protect the natural environment for the quiet enjoyment of the public. 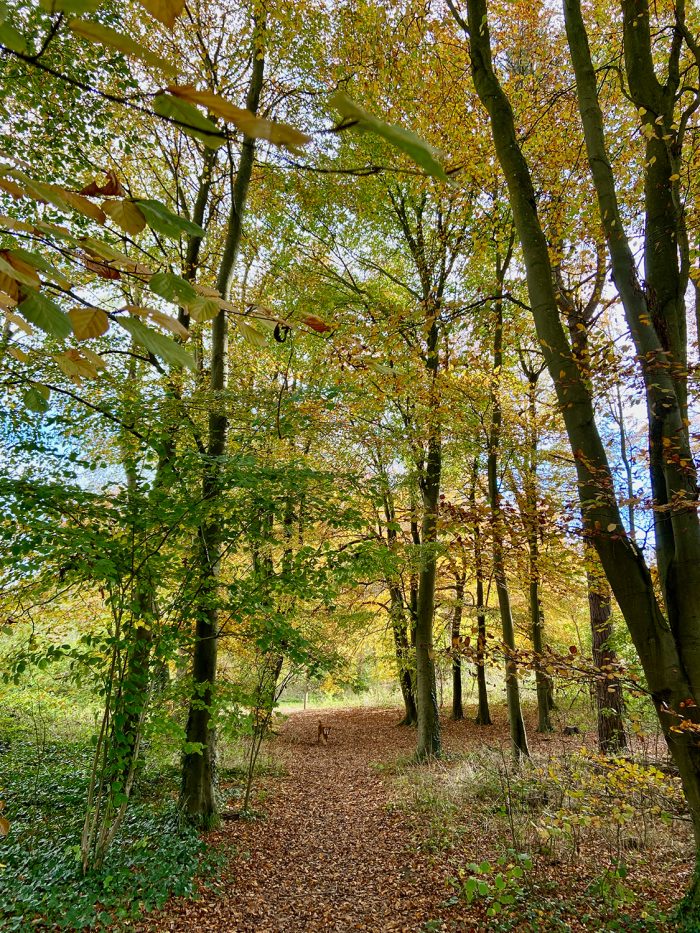 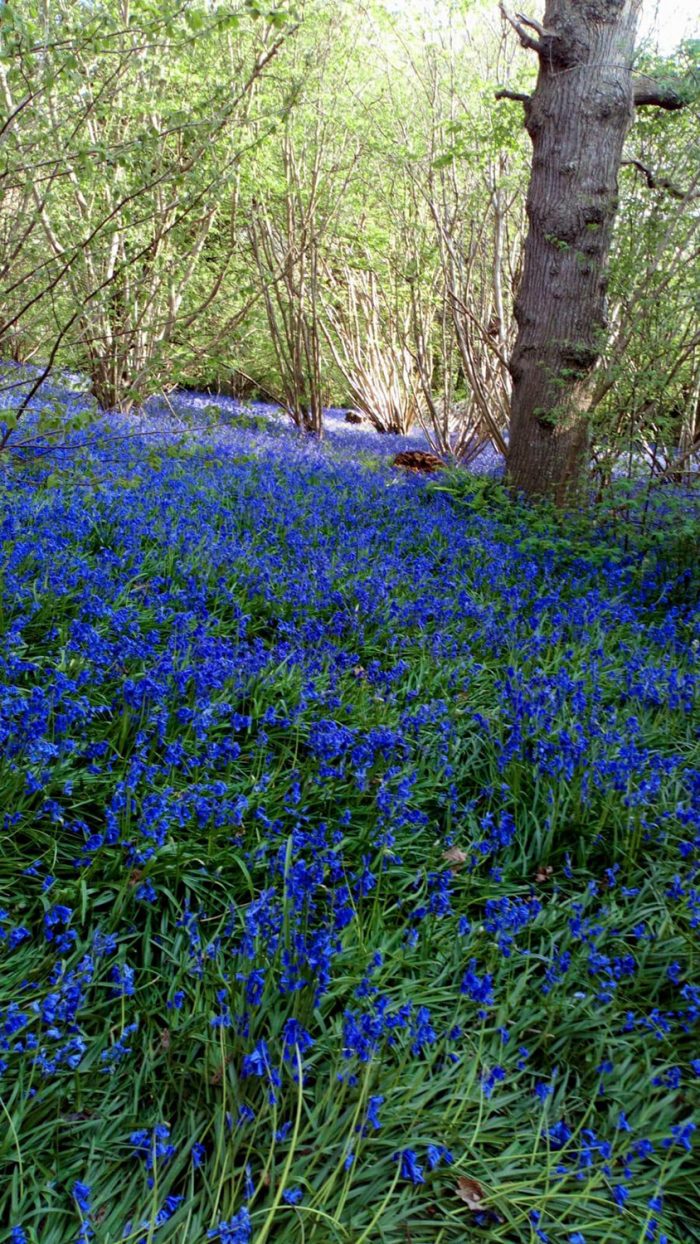