The village hall was built thanks to a single donation by Mr Richard Canning-Brown in memory of his wife Maud Canning-Brown. He lived in Clapham House in Litlington and had farmed in the area since the 1920s. The purpose-built hall on the corner of the street replaced a corrugated iron army hut and was officially opened in 1953. The Hall’s official title is the Litlington Parish Institute. Mr Brown’s deed of gift specified that there are to be three trustees broadly representing the parish, the church and the ladies of the parish, and that the three trustees should be supported by a management committee. When Litlington parish was extended, it was agreed that the hall should be used for the benefit of the three Cuckmere villages of Litlington, Lullington and Westdean. This arrangement continues to this day, with the management committee drawing representatives from the three villages. The Hall was registered as a charity in 1962. 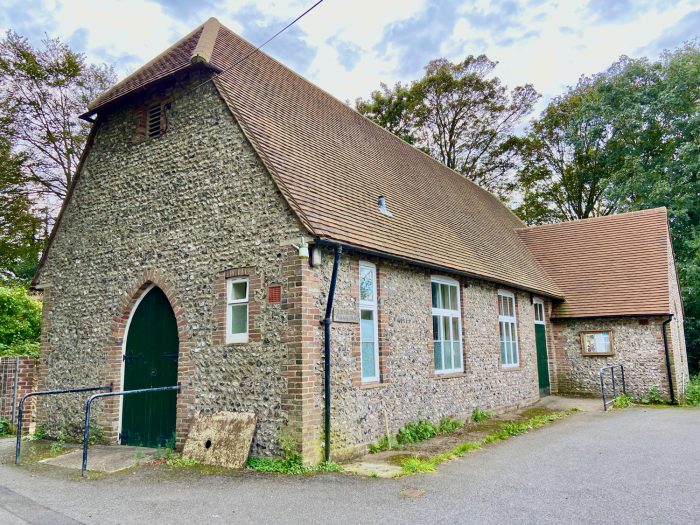 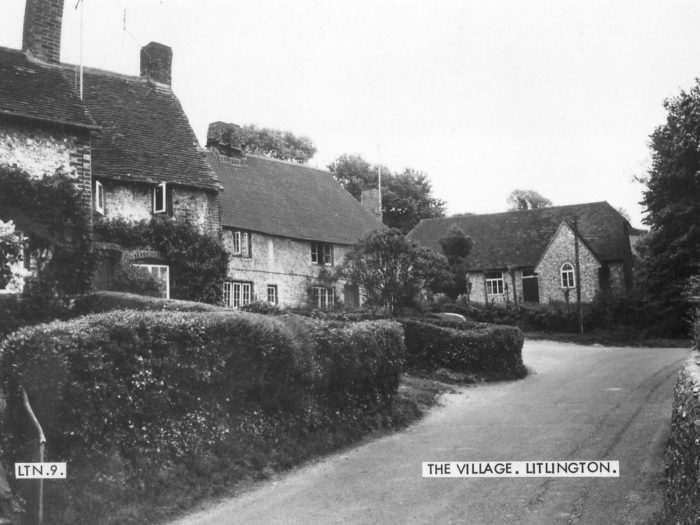 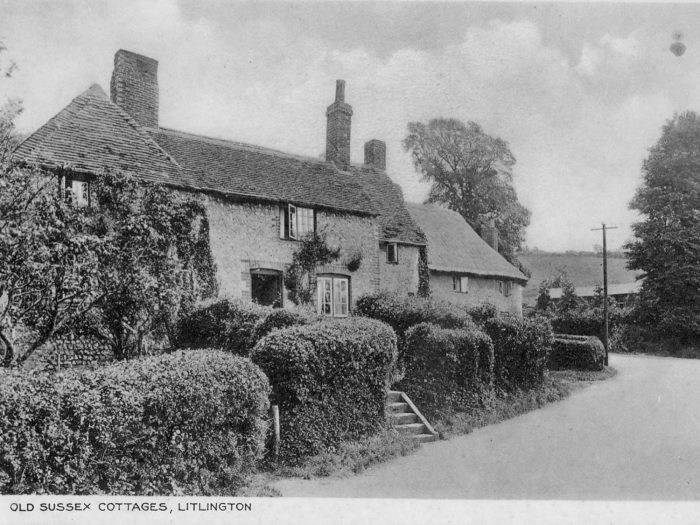 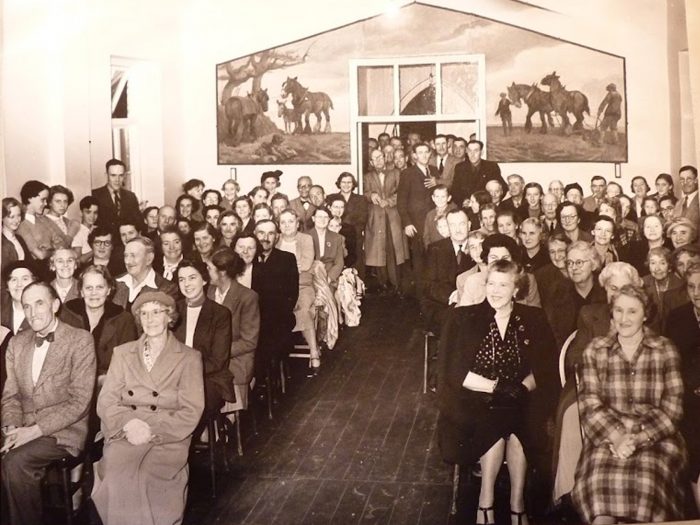 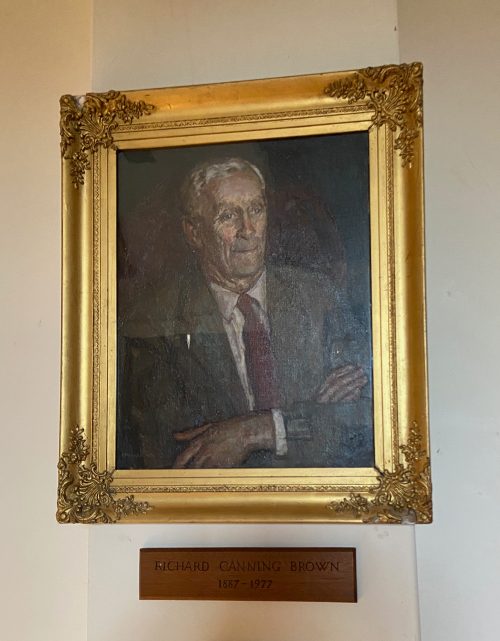 When Mr. Brown died in 1977, he bequeathed a piece of land behind the hall for the purposes of a playground, together with £500 for the Trustees to spend appropriately. The playground was duly created and equipped in 1978/79 and officially opened in 1980. A portrait of Mr Brown, painted by Penelope Pilkington (who later married Richard Ellis), hangs on the south wall. Richard Ellis was the first chair of the village hall committee and held that position for the first 44 years. 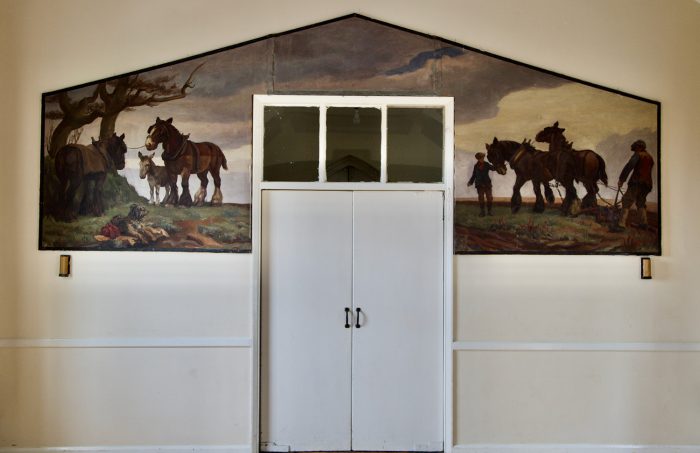 A fifteen-foot wide canvas of horse and plough working the fields is the dominant feature of the Hall interior, surrounding the east doors. The artist was Florence Cynthia Bond (1895 -1985). Nearby Wilmington Village Hall contains a similar painting surrounding a window. How could paintings of this size become integral parts of at least two village halls? The answer lies in the period after the Great War when the country was dotted with unused army huts erected hurriedly for troops. These were appropriated after 1918 for many useful purposes – scout huts, meeting places and village halls. They were almost all of uniform size and shape. We know that in 1922 Florence Bond was enrolled in the Eastbourne School of Art. She obviously thought the interiors of these huts were perfect to accommodate her large canvases. Her offer to the Trustees of the Wilmington Army Hut was accepted and the painting hung. In 1993 the painting was transferred to the new Wilmington Hall. Unfortunately, there are no traceable records to provide similar proof in the case of Litlington Village Hall. But we know that the present Village Hall replaced an Army hut on the same site in 1953, and the painting must have been transferred, with its shape being adjusted by Cynthia to fit around the shape of the openings. Cynthia worked as a Sussex artist until her retirement in 1959. Two oils: ‘A Summer Plough Team’ and ‘Cottages on a Beach’ painted in 1923 are noteworthy.

The development of the Hall over the years

A Post Office room was opened next to the stage and the hall has been used for many functions over the years: the WI, a youth club, a lending library, flower club, choir practice, harvest suppers, whist drives, staged entertainment, jumble sales and BBQ’s. The Clapham Lane Stalls were first held in September 1943, when fruit and vegetables from Clapham House were sold at low prices to buy ‘comforts’ and parcels for serving villagers. At that time there were 25 in the Services plus 4 POWs in the village. These Produce Stalls continue to this day, running weekly through the summer months, selling produce, raising money and acting as a pop-up social hub in the parish. The Litlington kindergarten began operating from the hall in 2010, providing a service for families in the valley and beyond, but sadly shut its doors in 2016. 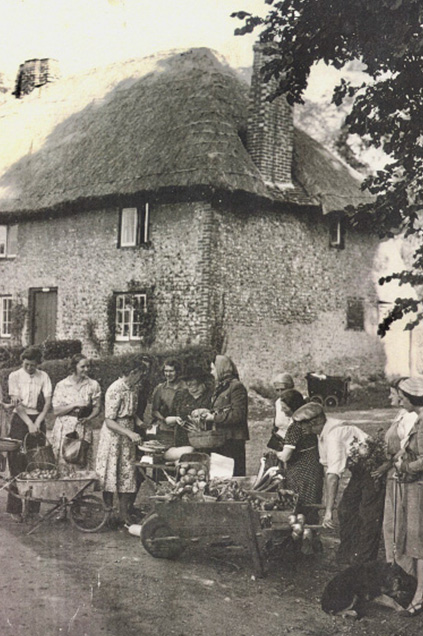 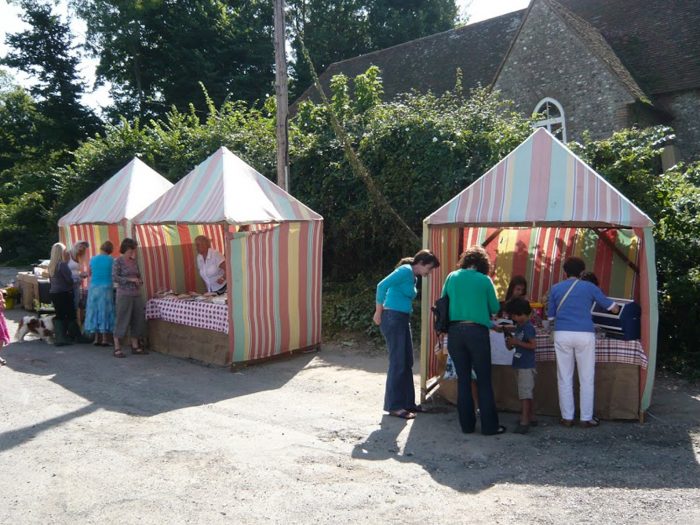 The record of grant awards is testament to the widespread support for the Hall as an excellent resource for this rural community. The first was a grant of £75 from East Sussex Education Authority toward the purchase of stacking chairs back in 1953. A disabled toilet was installed in 2005 with support from Wealden District Council. In 2009, recognition of the importance of the village hall in the Parish Plan provided the catalyst for reinvigoration. The car park was resurfaced in 2012 and in 2013 an ambitious project to create a patio area and direct access to the playground was realised with huge community support, both financial and in kind. As part of this project, some of the flint walls were also restored. The whole project cost over £30,000. Capital grants towards the costs were secured from the South Downs National Park Sustainable Communities Fund, the Veolia Environmental Trust, Wealden District Council and the Parish Council. Two successful applications to the National Lottery Awards for All fund have enabled the committee to continue to invest in the hall and grounds, most recently retiling part of the roof. Thanks to financial support from both the Parish and District Council, the kitchen was relocated and refurbished in 2020 and acoustic panels are now installed on the ceiling in the main hall. 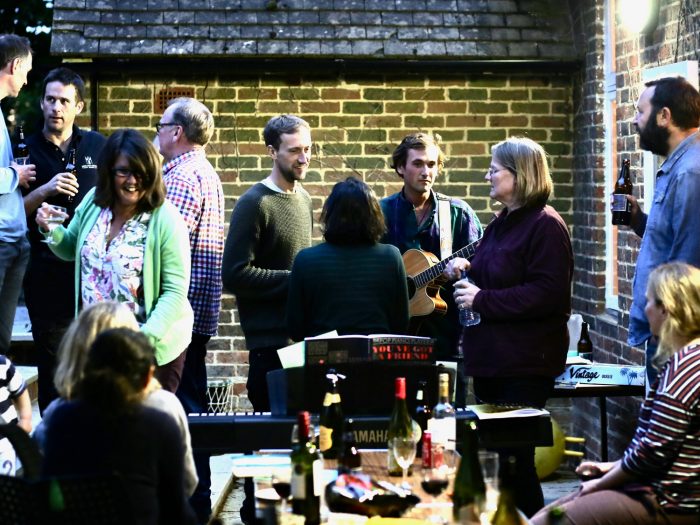 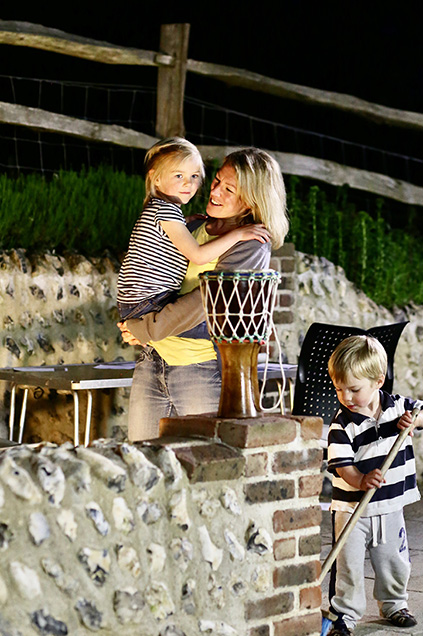 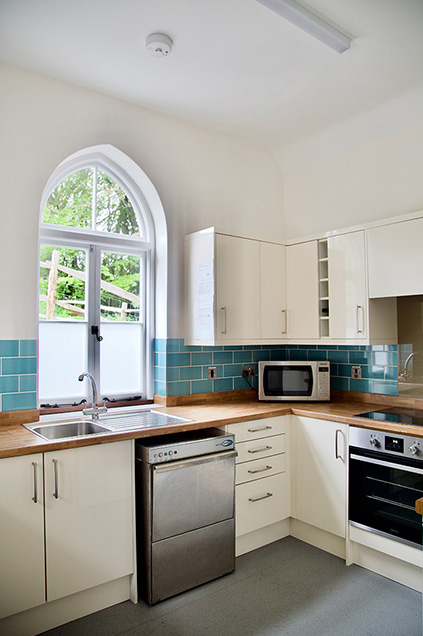 Today the hall hosts a selection of regular classes, including yoga and sewing, plus a coffee morning every Thursday. It is well used by the parish for both social and private functions. It is also used for Parish Council and Parish meetings, elections, the Beachy Head Marathon and a number of South Downs walks. It is a vibrant and financially viable hub at the centre of the parish.