The majority of the farmland within the parish is managed by two family-run farm businesses. The Brown family have been farming here since 1921 and the Ellis family came to the parish in the mid-1940s. Both are traditional, mixed farms incorporating crop-in-rotation, sheep and cattle. This type of mixed farming has been traditional to the South Downs for thousands of years and is well suited to the mix of soil types and geomorphology, the aspect of the land and the climate. Today, one of the biggest challenges faced by farmers is how to balance profitable farming with practical conservation. Both farms are committed to agri-environmental schemes which ensure the farmland is producing food in a sustainable way while making space for nature. The mosaic of arable and grassland is interspersed with fallow plots, wildflower mixes, nectar rich margins, beetle banks and hedgerows creating habitat and wildlife corridors across the countryside. This is a working landscape. Both farms largely employ staff who live in the valley so maintaining a strong connection between agriculture, land and the community. 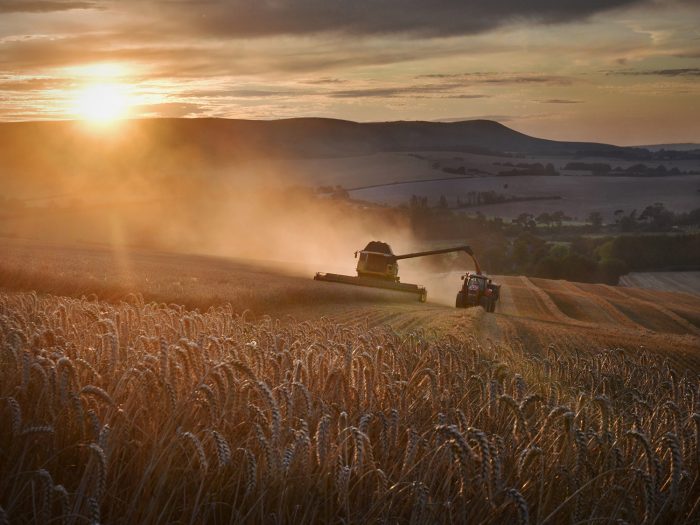 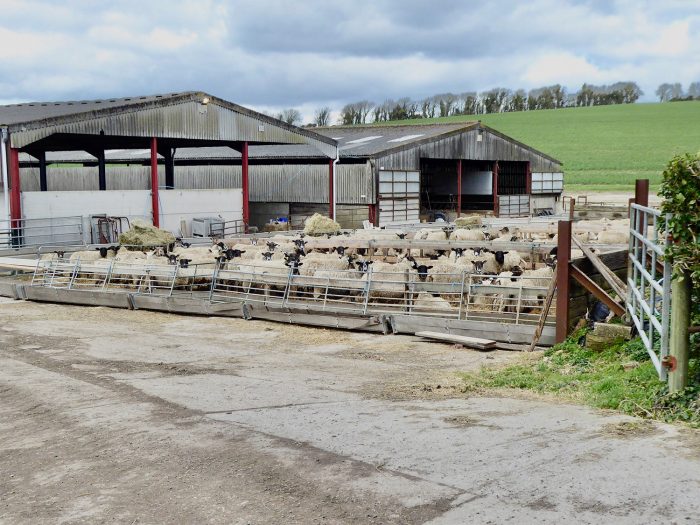 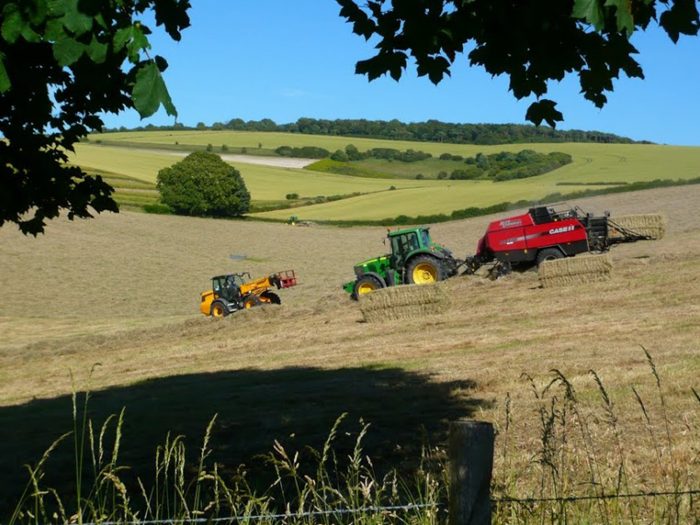 The cropping each season includes a rotation of wheat, barley, oil seed rape and beans grown to produce bread, biscuits, oil, beans and beer for human consumption plus animal feed. The Ellis family at Church Farm have introduced pioneering conservation techniques such as not ploughing the soil to protect its structure and boost the worm count, as well as planting more than one crop per field to enhance biodiversity. Both farms are growing beneficial fodder and cover crops. These crops fix nitrogen in the soil and, where grazed, they provide winter feed for animals. The manure produced by the animals goes back into the soil. Church Farm have also diversified, producing award-winning beer in the Long Man Brewery using barley grown in the valley. The Long Man Brewery Shop and Tasting Room is located just north of Litlington Church and welcomes visitors Monday to Saturday, 10-5pm. 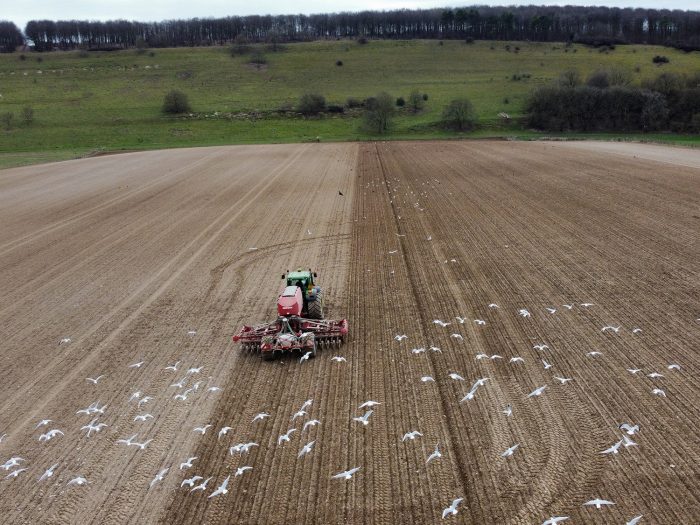 The chalkdown grassland in the Cuckmere Valley is largely permanent pasture grazed by both cattle, sheep and more recently goats to promote the open landscape that typifies the Downs. The current challenge faced by farmers is to create a grazing system, within the parameters of modern farming, that has the biodiverse outcomes of traditional agricultural practices such as shepherding. The ancient method of grazing sheep, using small boys and men to shepherd the sheep over wide areas, with flocks always on the move, allowed species-rich grassland to thrive. However, permanent hard grazing within fenced areas beginning in the twentieth century saw a rapid decline in biodiversity. Today efforts are being made to reverse this trend. Farmers and conservationists are working together to develop new patterns of grazing that support biodiversity without relying on vast areas for shepherding. A very good example of this can be found within the South East Water holding in Deep Dene. A joint project, begun in 1992 and led by English Nature (now Natural England) and the Zoological Society of London, used fencing in the south part of Deep Dene to control the timing and intensity of grazing. This created a dynamic environment where a mix of short and tall grasses could thrive. This has seen the re-establishment of one of the UK’s most endangered insects: the Wart-biter Bush Cricket, so-called after the traditional Swedish practice of using them to eat skin warts. This large, predatory cricket was once found in Dorset, Sussex and Wiltshire but there are now just two population centres left in Wiltshire and East Sussex. Wart Biter adults need tall tussocks to hide in – or they get eaten – and shorter grass in which to lay their eggs and allow young crickets to mature. Like many other insects that rely on a chalk grassland habitat, continual hard grazing destroys their habitat as surely as a lack of any grazing. 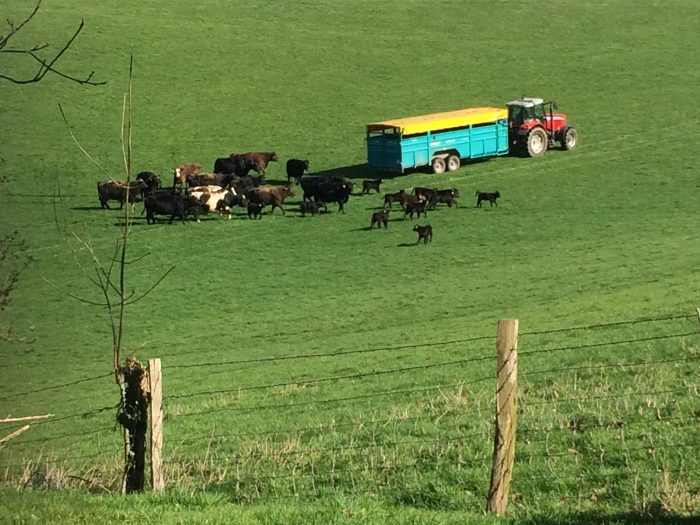 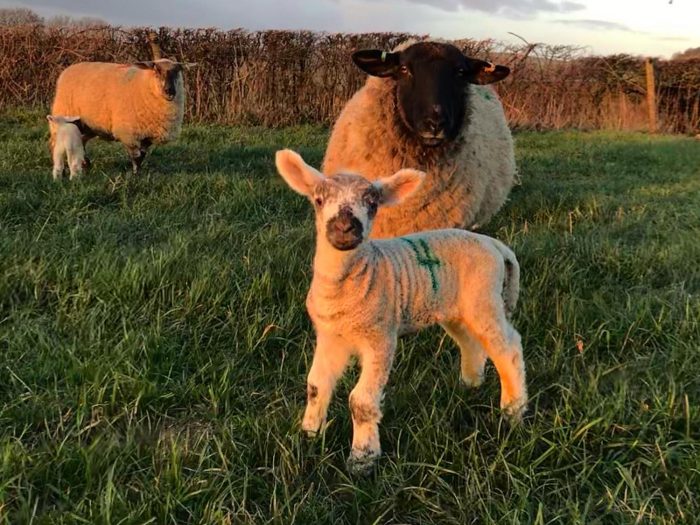 The recent introduction of goats by the Browns onto the very steep grassland slopes near High-and-Over is another attempt to diversify the grazing mix. Goats are agile and browse rather than graze so will eat bramble in preference to grass. 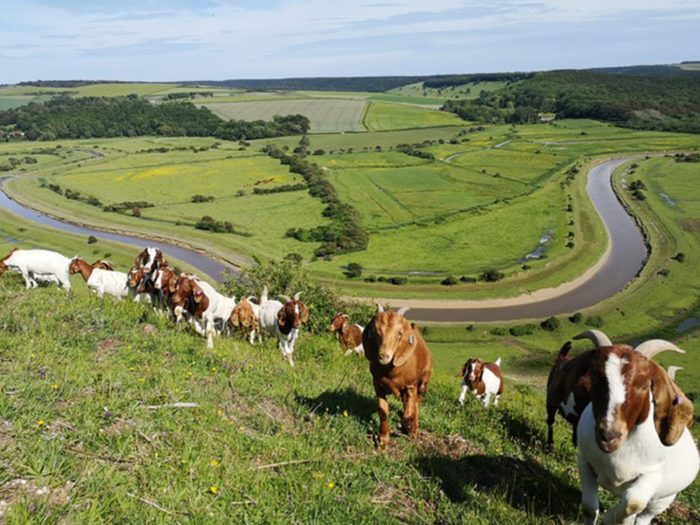